ME AS A BRIDGE PLAYER 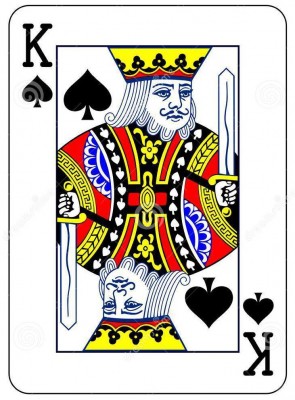 Hi, I started playing late in life (as Andres Cid), but I soon had the luck to pick up as a partner what I think of as possibly the best bridge player in the world when it comes to analysis (Magnus Lindquist). We played for half a year or so, and we might have been on our way into the Swedish National Team (he got there with Bjorn Fallenius shortly after we split up), and I won ten coronas from Hans Olof Hallén as I betted that at least one of us would get there within a year. I was at the time thinking about making a career out of bridge – as I liked the game, and as I had found myself a world-class partner - but as there are some pretty disgusting sine qua non, I figured I’d go to Spain to think about it for a week.

ME NOT BECOMING A BRIDGE PLAYER

I went to Fuengirola, and to "Hotel Gardenia Park" (then "Stella Polaris"), which was my favorite pick-up place, where I relaxed in a sun-chair by the pool (thank you Juan for letting me get access to the pool area and all the pretty girls for a packet of “Ducados” cigarettes).

I was lying there in the hot sun - relaxing, and thinking about what life like a bridge player would be like - when a gorgeous Danish girl (Danish girls are my special weakness) asked me; “Can I use your lighter?” (yes, I smoked, but I gave it up 30 years ago, and it actually saved me from being killed by a tiger: long story).

As I realized that in order to reach my lighter, she would have to lean over my face, I said; “Help yourself.”

The strapping lass leaned over me, her exquisite breasts dangling inches from my face. As I realized that one was a little larger than the other, I immediately started to think of sex, grabbing them, kissing her, kissing them, pulling her towards me, saying "do you believe in destiny" probabilities for different unusual card-distributions and on how to multiply them without paper.

That’s when I decided not to become a professional bridge player.

However, I am still a reasonable player (I won the Canary Island Open last year, I and my partner became best Spanish players in Tenerife Open, I averaged 65% at club-level my last year: ACE in Fuengirola: highest registered average score in Spain), and I would call myself an acceptable international player.

LOOKING FOR A PARTNER

I am a writer, living in the south of Spain. I speak English, French, Spanish & Swedish. Once every 40 days or so, I get bored with writing/staying in the same place, and I go away for a week. I am a "57%+ sort of player" in (low class) international tournaments, and I am looking for a similar/better-skilled partner. I would enjoy playing "the Sheiks of the Arab Peninsula sort of guys." I play bridge because I enjoy it and not to: prove myself, become a professional, make money, abuse my partner or be abused by him/her. If you like to play Spain, the Spanish Islands, Morrocco and maybe "the Arab Sheiks," feel free to contact me. I've got a house in Fuengirola, so I can offer free accommodation but do not expect a cut of my share of the prize money (even if you are a world champ).

I am a writer and a drug policy researcher, with a once-famous father to promote. I am looking to have some fun "worldwide", playing bridge tournaments. I can afford the Canary Islands, Europe, and North Africa "by myself" but for anything further afar I expect to get my cost covered. However, even more important, I insist that you are a nice person. So, if you are a good player, inscribed to play some major tournament and suddenly find that your partner won’t be able to play, you can mail me. I will not play like a world champion, I will not charge (other than my expenses: hotel, travel, etc.) and I will expect you to make my experience a pleasant one (so don’t be a Palooka, a cheater, or a world champ with an itch to criticize).