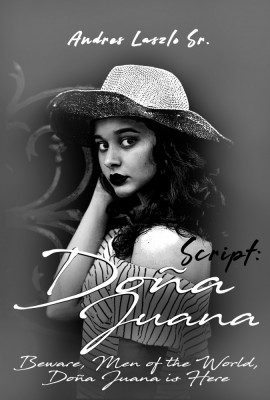 Doña Juana must once have been a theater script, but the original score has been lost. What instead got published in Spanish was "a script dressed up as a novella" (Senior's Spanish publishers didn't publish theatre scripts). Senior worked as a stage manager and as a theater director in his youth, but I do not know whether Doña Juana was ever staged, but if so, it must have been back in the 1930s. However, as a mime, it has been performed by Marcel Marceau in the 1960s. I have had this text turned back into a readable script but I haven't given it the attention it deserves. As my Doña Juana agent, I want you to help see it developed, rehearsed, and staged. This is my pitch to have it staged.