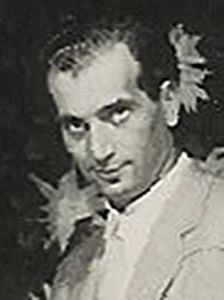 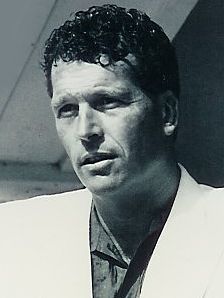 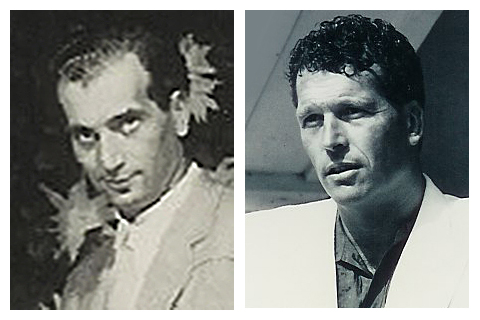 “I think of myself as one of the last who managed to capture some interesting slices of 'real reality' before it slipped away, leaving us with little more than virtual.”
Andres Laszlo Jr.

Andres Laszlo Senior and Junior are/were both tall, well-built, charming, and handsome (especially Junior). Also, they are both writers (especially Senior) and avid collectors. Both have lived their lives well outside of “normality,” both started their literary careers by writing art books designed to promote their collections, and neither of them could really complain over the title of their family chronicles: The Tale(s) of Two Knaves. If you like one of them, you’ll probably like the other (the opposite is probably also true).

Andres Laszlo Sr., a mid-century feminist in the Paris’s ‘Bradley-circle’ – with titles such as Doña Juana (where Don Juan gets upstaged by a young girl); Mother Unknown (where the mother’s identity is unknown); Paco Never Fails (where the father of thousands realizes he is not the father of his wife’s child), and My Uncle Jacinto (where a womanless uncle/nephew relationship is explored – is being revived, upgraded and adapted (the main part of this article has been taken from Wikipedia ). More

At the age of one and a half, Marilyn Monroe put him in her lap and said he was adorable; 40 years later Richard Dawkins had him evicted from New College, Oxford. Andres Laszlo Jr. – adventurer, drug policy researcher, and budget jet-setter – has probably done more brainless things than your five daftest friends together. But, maybe more remarkably, Andres Laszlo Jr. is a fat and unattractive guy who has managed to convince life to let him lead the life of a looker. More

I HAVE MANAGED MUCH THANKS TO often famous "OTHERS", SO, THANK YOU:

Marilyn Monroe, for by putting me in your lap at the Cannes Film Festival (where either father’s Mi Tio Jacinto or his friend Latzi Vajda’s Tarde de Toros was presented/rewarded). I do not remember anything of this – father said you ruffled my hair and said I was cute – but though my life per definition has been downhill since then, I've always figured I ought to have thought; If at the age of one or two…     VIDEO

Andres (Andras) Emerico Laszlo (von Keller) was born in Szinna, Austro-Hungary in 1910 (now Snina Slovakia) and died in Evry, France in 1985. His mother was Baroness Ilona von Keller (d1966), and his father was Maximilian Leibrowitz (d1931). The family later assumed the name, Laszlo. Andres' brother, Adalberto Laszlo, was a successful biochemist (d1972), and Andres' son, Andres Ulf Laszlo was born in Lund, Sweden, in 1955. A well-known author, Andres Laszlo Sr's fiction has also inspired three movies. He is remembered as a Spanish author, although born Austro-Hungarian and nationalized French: a "quadruple EU nationality" that has caused no country to "claim him" as their own: something that has caused his authorship of lately to be unfairly neglected/forgotten.

Born the son of a baroness and the traveling theater impresario that she eloped with, much of Andres' early youth - when not traveling with the theater company - was spent in Budapest where he hung around theaters, eking out his allowance by selling cherries on the ferries that navigated the waters between Buda from Pest. He went to school in Budapest and worked as an art critic, an actor, a stage manager, a stage director and eventually as well as manager of his father's traveling thespian society. He left Hungary for Paris in 1938. Not returning to Hungary after the war, France and Spain were to become his new home countries. Before the outbreak of the war, he brought his mother, brother, and oldest nephew from Hungary to live in Madrid. His later years were spent in Spain where he owned an important antique shop and France, making trips to Canada and the US to exhibit his extensive art collections. In 1956 he bought a house in Evry, outside Paris, where he lived for five years with his wife, Ulla, and his son (Andres Laszlo Jr.). During the sixties, seventies, and part of the eighties, he spent summers in France and winters in Spain. Laszlo Sr. had a great interest in art and put together two collections: Goya’s engravings and naïve Spanish art. Both collections were exhibited all over the world.

NB. The texts here listed are paper books only. From 2014 most of these books have been published in e-format, and many new translations have been made. More about these e-books is available (elsewhere) on this site. Note that all books have been translated (5)/retranslated (2) into English, while getting proper content editing and general polish.

1946. Francisco Goya, Spain: Editorial Tartessos. Several books on Goya and on Laszlo's own collection have been published earlier/later.

Sin Uniforme is a movie based on a script that Andres Laszlo co-wrote with Ladislao Vajda and others.

My Uncle Jacinto was a Spanish-Italian co-production released 31st of May 1956. The movie was directed by Ladislao Vajda, who co-wrote the script with Laszlo. The movie starred Pablito Calvo and Antonio Vico. Calvo went on to win the Premio del Public in Berlin for his performance, and the movie won a silver bear. The director and Laszlo were close friends, and the screenplay remained faithful to the original text. Unfortunately the last "cut" of the film has removed the wonderful undecidability that should result from that the viewer doesn´t know (and shouldn't know) whether Pepote's "they threw me out" is the truth or not.

Paco el Seguro was a French-Spanish co-production released 1979. Directed by Didier Haudepin, who also co-wrote the screenplay with Laszlo. Bloody Mary Productions were the main producer, but Filmoblic, Lotus Films, Record, and Tanagra were also involved. There were contractual disputes which resulted in that the film has not been shown outside Spain.

Mother Unknown. At his demise, Andres Laszlo Sr. was in the process of turning "Solo el Paisaje Cambia" into a film script.

The main part of this article has been taken from Wikipedia.

Andres Laszlo Jr., aged less than two, was placed in the lap of Marilyn Monroe who allegedly said he was cute, so from that point onwards his life by definition has been downhill, and eighteen years later he found himself the 3rd worst student of his school despite studying more than most and weighing in at 26 stones. A year and a half later he was the fastest student in the world (or close to it), occasionally sidelining in modeling.

PASSING TWO CUTE GIRLS IN THE STREET, LISTENING TO THEM GIGGLE AT ME, ONE PART OF ME SAID “THEY THINK I’M HOT,” THE OTHER PART SAID, “I LOOK SO DISGUSTING THAT THEY WANNA THROW UP.” OF COURSE, I WENT TOTALLY BONKERS.

However, in his native Sweden, he found no encouragement: "We strongly recommend against such a thesis, and there’d be nobody outside police and academia allowed at your disputation,"said his supervisor. "I don’t understand what you want to achieve," said Hans Holmér (Sweden’s “National Police Commissioner”), and "We cannot support such an approach," said Vienna (UNODC).

As going from "best" student to mediocre (or at least unrecognized) Ph.D. wasn't a very attractive prospect, Laszlo Jr. gave up on academia and embarked on an all-the-things-a-man-should-have-done project, in order that if he one day got into the position to say something worthwhile to an audience that would be willing to listen, he would be properly prepared to do so. The first thing on his list was to sail around the world.

"ANDRES, YOU MIGHT BE BIG AND STRONG, BUT ONE NIGHT WHEN YOU SLEEP, I WILL KILL YOU," A LITTLE GIRL ON THE BOAT TOLD ME. I had to leave and LATER THE BOAT SUNK: I LOST MY LAST CORONA.

Laszlo Jr. gave up: broke and humiliated he returned to Sweden with the unpalatable knowledge that in order to do all those things a man should have done, one needs not only a cool bucket-list but also money. Charlotte, a friend at Bukowski's (at the time sot of Sweden’s “Sotheby’s”), told him:I say you should buy Swedish art deco, and my boyfriend says Swedish art glass.Out of this Laszlo Jr. came up with "Orrefors 1925 – 1950." He emptied the glass shops, bought cheaply at auction, sold the lesser part of his collection, wrote a book, and became well off and famous.

"I TRIED TO TELL THE SWEDES THAT ORREFORS ART GLASS 1925 - 50 WAS THE ONLY THING THAT WE HAVE BEEN BEST AT SINCE THE VIKING'S WOOD AND SILVER, BUT AGAIN: NOBODY LISTENED."

For a second time Andres Laszlo Jr. set up an “all-the-things-a-man-should-have-done-list" - actually, he based it on a list he had composed at the age of 9 or 10, and he then spent 20 years pursuing the things on the list:

For 20 years, he had an indecent amount of fun and good fortune, doing (and failing to do) these things, while starting out on various writing projects. He then settled down in Fuengirola, Spain, where he has worked on his own texts, and on blowing some fresh into the writings of his once-famous father.

Also: Laszlo Jr. is Swedish and French by nationality and has lived “everywhere,” people and animals have tried to kill him a dozen times. He speaks English, Swedish, Spanish, French, and Danish (though most Danes doesn't realize this). He is a bit of a giant, and he has probably done more brainless things than your five daftest friends together. Laszlo Jr. has also been: a mediocre actor, a too-tall model, an arrogant bridge-player, a chess protégé, a slicing golfer, an art collector/exhibitor an unbalanced rower, a should-have-been rower, and a ridiculously unexplosive discus-thrower.