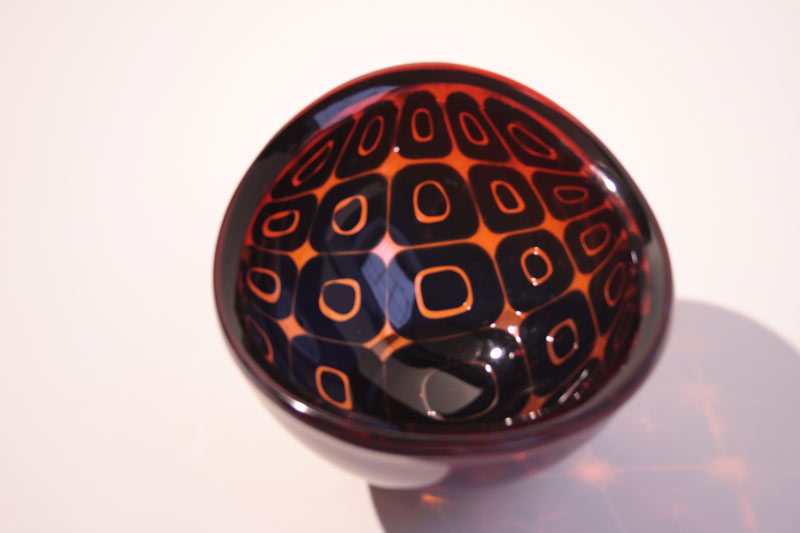 Exhibited; This Ravenna I showed off as an example of Swedish art glass at its best as a guest to "Godmorgon Sverige" (a Swedish television program) in 1991.

Provenance; Bought at "Beijers Auktioner" in 1991.

The piece. “The Modernist Ravenna” from 1953 represents a deviation from traditional Ravenna pattern and form. In a pattern, it is modernistic rather than of the time/traditional, and the opaque layer of white glass is, if not unique, very rare. In shape itʼs slicker and smoother and more “internationally modernistic” than what was common at the time, especially in Sweden; it very much depart from the traditional Swedish "form language" of the early 50s, and it thus so in very interesting ways. This boat-shape was common among the earliest Ravennas, and itʼs maybe in these early boat-shapes - semi-figurative motif, with a clear base and a matching rim - that Ravennas reaches itʼs highest level. The opaque outer layer is very unusual, note the rim of clear glass that appears orange as it reflects the colour of the background. When I - in my books - talk about the best Ravennas combining technique and artistry to read world class, this is the sort of object Iʼm thinking of.