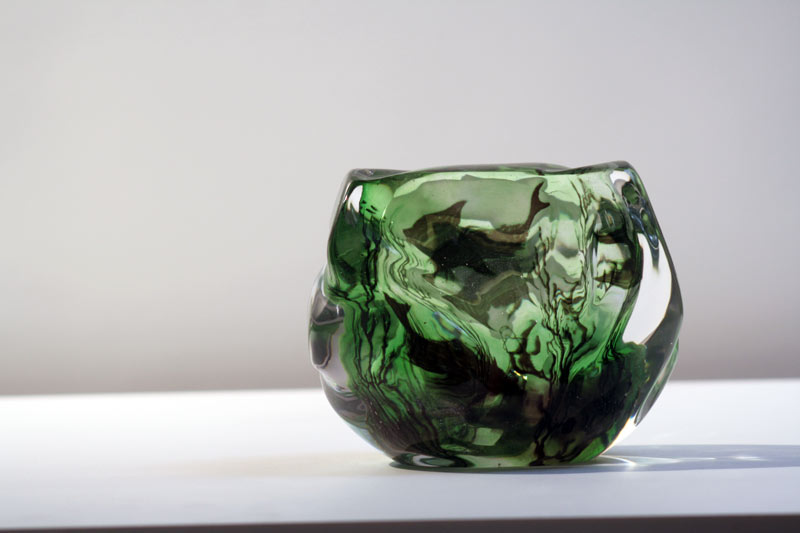 Data: Signed; Orrefors Sweden Graal nr 1500 Edward Hald. Height; 15 cm. A fishgraal that looks as if from 1937 in a possibly unique shape.

The piece. “The Paper Weight Fish Graal” is a bit of a conundrum, and it is so for two reasons. [1] Fishgraals were normally made as spherical or drop-shaped vases, occasionally as ashtrays, and, very rarely, as dishes; this is a unique or at least extremely rare shape. [2] In 1944, when this Graal allegedly was made, 1499 other thick Graals had been made before it, and the technique had “improved” so it was then quite easy to produce much clearer/sharper contours than this. This Graal looks as if it had been made among the first hundred or so. Why? Look at these fish. The contour is so vague, lacking all the sharpness that now (in 1944) was so easily achieved. Is it because the material was thicker than normal? Is it because they had used an old "ämne"/"cartridge"? or was it The result of an attempt to imitate “the technique of yesteryearʼs”?