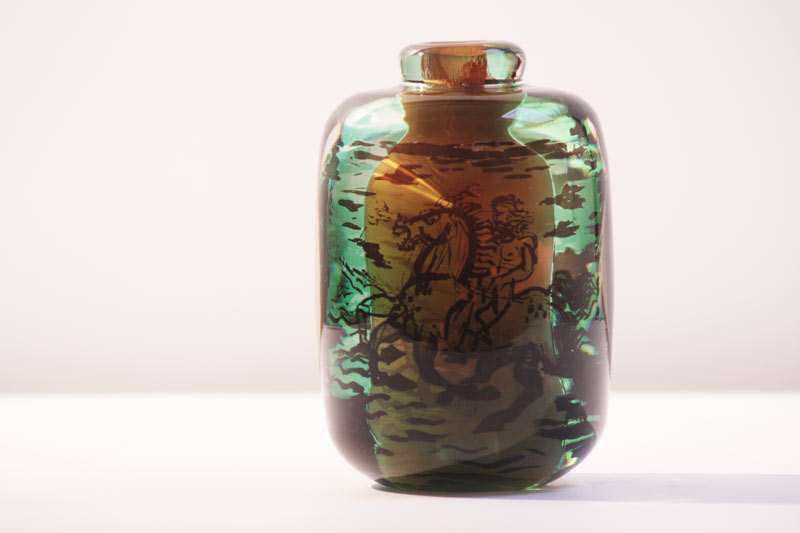 Exhibited; As far as I know, this piece has never been exhibited or photographed. However, it will be depicted in my next book unless it is bought before the publishing thereof, and if the buyer wishes that it shall not be depicted.

Provenance; It was purchased in the late 1980s or early 1990s from "one of the Marks" from "Fifty-Fifty" in lower Manhattan, together with two other pieces.

The piece. This Thick Graal from 1948, if "it" really is from 1948, represents one of the few times somebody managed to sneak a design past Edward Hald and into the “Graal studio”. However, as this piece (i) Was purchased together with two Ariel vases from 1939 and (ii) Looks much more like something from before the war than after, it is likely to be one of rather few "cartridges"/"ämnen" that survived the war so as later to be blown into something. I.e., this is probably a pre-war design completed (or signed) in 1948. Strangely, Öhrström was much more likely to be inspired by Picasso in his very limited Graal-designs, than in his much more numerous Ariel-designs - maybe he used Thick Graal for experimentation... In this Thick Graal, Öhrström most certainly got things right and had it only been a size or two larger, it would most definitely have been a best-Graal contender.