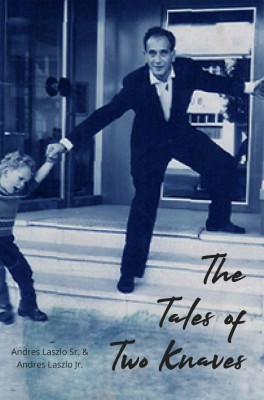 Laszlo & Laszlo Chronicles I is a translation/adaptation of my father's collection of short stories, first published as Solo el Paisaje Cambia in 1952.  Laszlo Sr. escaped Hungary, settled in Paris, and eventually moved to Spain; this journey can be detected in this book. As I translated my father's book, so as to make it the first part of The Laszlo & Laszlo Chronicles,  I have adapted it, so as to make it more attractive for a contemporary audience and to producers.  As I started to adapt my father’s short stories - while, turning them into English - I soon got to the point where I started to think: "Why don’t I come up with 20 or so short stories of my own so as to match his, and to produce The Laszlo & Laszlo Chronicles, covering 100 years?" As I found no reason not to do so, that’s precisely what I did. This, however, is the first part of this book, with all biographic stuff removed: just the short stories. Read book part.  VIDEO