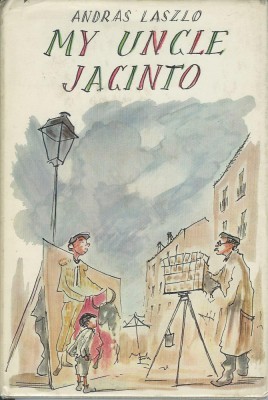 My Uncle Jacinto was not only a paper book that sold very well but also became a blockbuster movie, featuring Pablito Calvo and Antonio Sica. It is a book for children of all ages and depicts a special day in the lives of down-and-nearly-out ex-bullfighter Jacinto and his streetwise nephew, Pepote. Honour is one antagonist, crime is another, booze a third and separation the fourth (and sort of the common denominator). For a long time things look pretty bleak: Jacinto is down and out, he is broke, he has been ridiculed in front of what we feel is the half of Madrid, and he has lost his main reason to live, his honour, in front of the boy who is the only important person in his life, and who is about to be taken from him. Don’t be daft, of course, it has a happy ending, sort of, maybe, if you choose to read it that way. Buy the movie.    VIDEO

The story was first published in Spanish 1956 (Mi Tio Jacinto) and has since been published in nine languages. A major French newspaper wrote something like "Nothing like this has been written since ‎Antoine de Saint-Exupéry’s The Little Prince." Starring Pablito Calvo and Antonio Cica it became a blockbuster movie. Andres Laszlo Sr.’s close friend Ladislao Vajda did the directing, and the movie allegedly was in the discussion for nomination to “Best Foreign Film” at the 1956 Oscars and it won Silver Bears in Berlin. It is often ranked among the five best Spanish movies in festivals. The old book cover was designed by Eduardo Vicente and the new by Arturo Samaniego (the painting is titled “Torero”). Read book part. 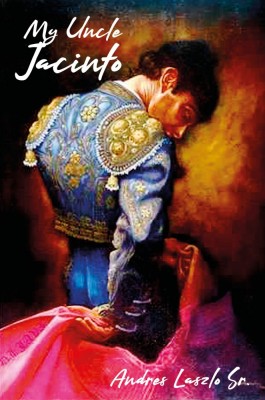 This adaptation by Andres Laszlo Jr. (the writer’s son) is 20% longer than the first English text (that was published by Random House, but is now out of print) and has been made on the basis of a translation made by Andres Laszlo Jr. and Cymbeline Nunez. The adaptation has been inspired by The Challenge: a much more radical adaptation (also by Andres Laszlo Jr.) where bullfighting becomes boxing, Madrid becomes Cape Town, La Quinta becomes Mandela Park, the 1940s becomes the 2010s, and 19,000 words becomes 75,000.