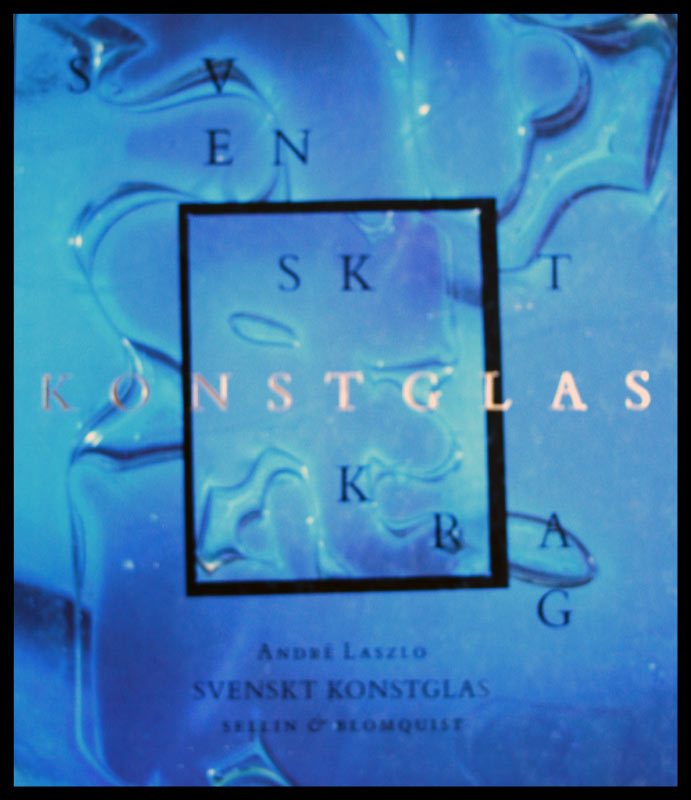 In 1991 I wrote Svenskt Konstglas. It was an exorbitantly expensive coffee-table book, designed to make: 1. Myself rich (enough to embark on my all-those-things-a-man-should-have-done project), and 2. My fellow Swedes aware that Orrefors art glass 1925 – 1950 (apart from the Vikings’ wood and silver artefacts) is the only thing we Swedes have ever, at least undisputedly, been best at, when it comes to arts and crafts.  VIDEO

Though the book failed to make the Swedes look after this part of their cultural heritage any better - a really good piece sold on auction is still likely not only to go abroad but also to sell for an (in my opinion) ludicrously low price - the book did succeed in fulfilling its other purpose; it became popular, and I have now started to fiddle with a new edition, because:

Against this background, as I am launching myself and my father online in e-publishing, I figured that making an improved and updated version of Svenskt Konstglas – including new photos, new price information, new stories and suggested new trends/artists to invest in – could be a good idea. I have started out on this project with the intention of leaving as many options as possible open.