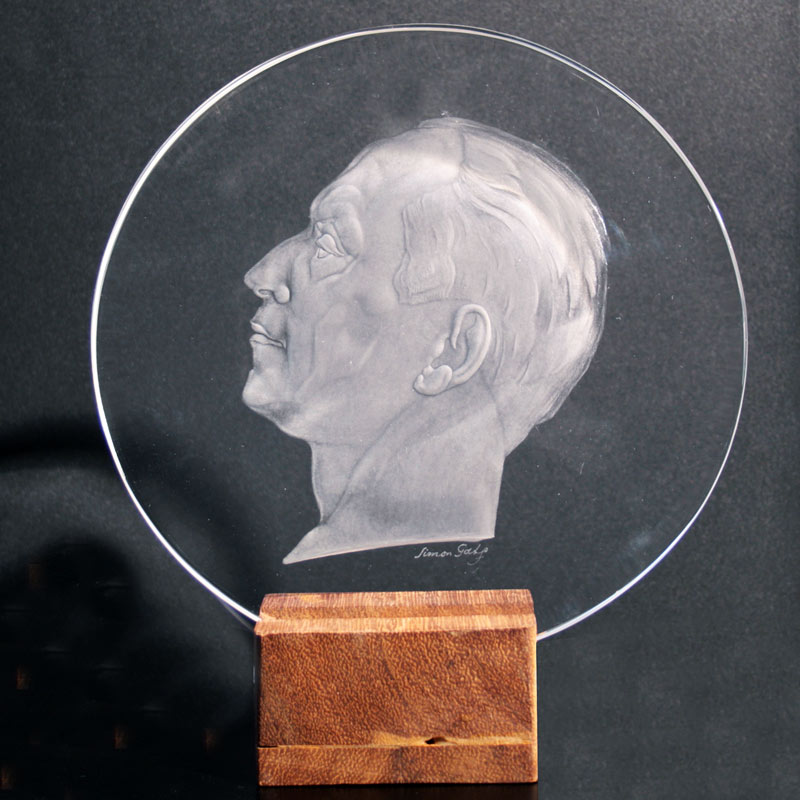 Provenance; This piece was acquired in an exchange in the early or mid-1980s. The original seller's name will be provided to the buyer; he may or may not be able to provide more information.

The piece. This portrait of an unknown man was made from a drawing by Simon Gate. Both Simon Gate and Edward Hald are known to have made such portraits, though their numbers are extremely limited (try to enter Orrefors, Gate, engraved, portrait on Google). Their main use was as exclusive presents, given as presents by Orrefors, the Swedish government or by the artists themselves. An engraving like this gives the engraver an opportunity an excellent opportunity, quite possibly the best, to show off his skill. Gösta Elgström - Simon Gate's favourite engraver, upon seeing this portrait - claimed responsibility for the engraving; A portrait like this tests the engraverʼs skill like nothing else, be it a “Heaven and Hell”, “The Paris Goblet” or “The Bacchus Bowl”, said Gösta Elgström to me. However, though Gösta Elgström recalled having made the engraving, he didnʼt remember who the depicted man was. When this piece was exhibited at Orreforsʼ showrooms in Malmö much effort was given to the task of identifying this man and though none succeeded, there were several suggestions, varying from a Norwegian king to a taxi driver with whom Gate run up a big tab.