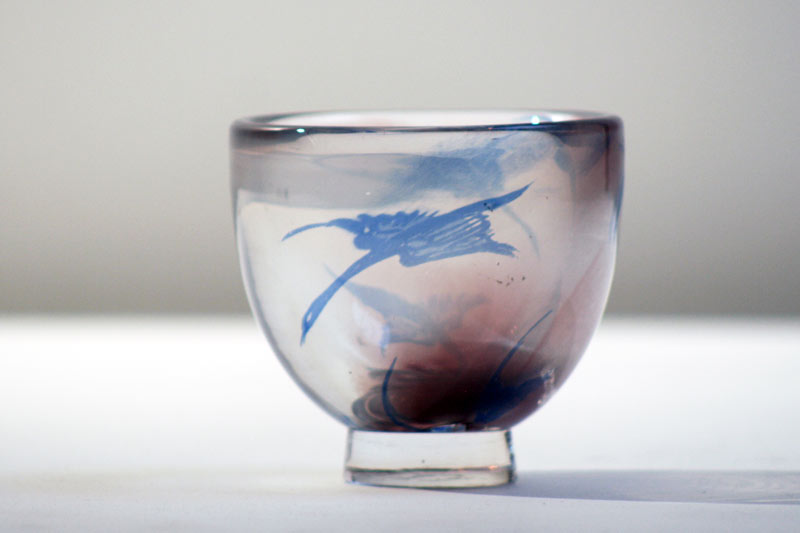 Exhibited; As far as I know, not exhibited.

The piece. The first properly signed thick Graal, Orrefors is not believed have been produced until 1937. Before that - before Thin Graal was turned into Thick Graal - some experimenting had been done. Such transitional pieces were not signed “Graal”. This is such a piece.