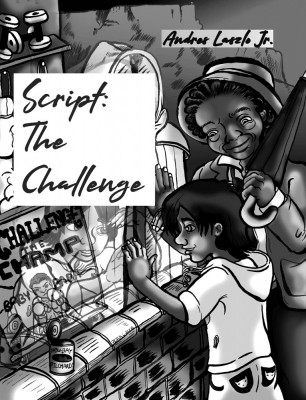 The Challenge is my adaptation of my father’s bestselling/blockbusting My Uncle Jacinto. In my adaptation bullfighting becomes boxing; Madrid/La Quinta, Cape Town/Mandela Park, and white faces, colored or black. The script has been to IFFR/International Film Festival Rotterdam where I applied for production grants to produce the film in Cape Town with Tim Spring (Raw Target, Reason to Die, etc.) as director. They called it “a near miss”. The script is only available in English, though the first draft of a Spanish translation is underway.